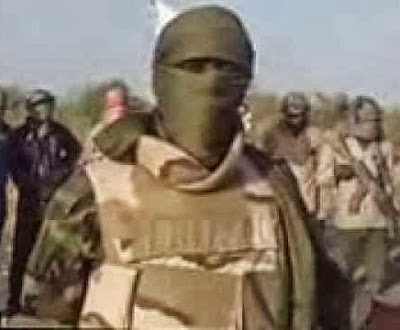 I'm sure you guys have been reading about all the killings perpetuated by Boko Haram in the past few days in the Northern part of the country. They are going to homes, highways and just killing people.

Just yesterday 142 bodies were discovered and evacuated from the highway and surrounding bushes in Borno state by officials of the Borno State Environmental Protection Agency (BOSEPA) after travelers were ambushed, removed from their cars and killed on the Maiduguri/Damaturu highway on Tuesday Sept 17th by Boko Haram members who dressed up as soldiers and set up checkpoints.

The officials said they believe there are more bodies they are yet to find but plan to keep searching.

The gunmen, said to be over 300 in number, also stormed Benisheikh town in Borno state on Wednesday, killing civilians, soldiers, policemen and setting houses, cars and motor cycles ablaze.

The military post in the area and the local government secretariat were also attacked with rocket-propelled grenades.

The governor of the state promised people who lost loved ones or property N250,000 each as compensation and promised to rebuild the destroyed town. He described the attack as barbaric and un-Islamic.

The attack is believed to be in retaliation of a military strike on a Boko Haram camp last week that left about 150 members dead.
Posted by femmyoju at 16:52