The Academic Staff Union of Universities said the existence of the National Universities Commission has not brought improvement to the standard of education in the country. The union also said that it would not call off the strike because of the mere promise made by the Federal Government to provide revitalisation fund for the university system. ASUU also called on the National Assembly to investigate the activities of NUC with a view to determining the continued relevance or otherwise of the university supervisory body. If found irrelevant, ASUU said it should be scrapped. Chairman of ASUU, University of Ibadan chapter, Dr. Olusegun Ajiboye, who spoke in Ibadan noted that the NUC boss, Prof. Julius Okojie, had concentrated the effort of the university regulatory body on quantity rather than quality while issuing accreditation to universities. Ajiboye said, “Okojie should take full responsibility for all his deeds in the NUC. Nigerians should be proud of ASUU in its efforts at repositioning public universities in the country.” The union leader added that the result of the assessment exercise of NUC carried out by the National Economic Empowerment Development Strategy should be used to judge the relevance of NUC and its leader rather than the self-assessment of the regulatory agency. He said some of the accreditations granted by NUC were enmeshed in controversy, wondering why the National Assembly had not taken action on the controversies surrounding the accreditations so far recorded. He said, “One of the efforts of ASUU to reposition education in the country is the NEEDS Assessment document. This was a product of a rigorous academic exercise carried out by dependable and credible members of our union. Unlike the numerous faulty accreditation reports which had given these universities clean bill of health, the NEEDS Assessment Report stands out as a classical document of reference detailing the rot and decay in public universities in Nigeria. “All well meaning Nigerians can see the contrast between Okojie’s packaged accreditation reports and a credible job done by ASUU. It has become very clear from the assessment document that Okojie and his people have fooled this country for too long. Time is now for government to beam a searchlight on the activities of the NUC. The education committees in both the Senate and House of Representatives have an arduous task to do here. Nigerians are calling for dismantling of an omnibus body that has done the country more harm than good.” ASUU also reiterated its commitment to the current effort to gain Federal Government consent to its demand, saying that the strike would not be called off based on mere government promise. Meanwhile, a non-governmental organisation, Do It Right Foundation, has appealed to the Federal Government and ASUU to work hard and resolve the lingering crisis that has shut down the education sector. In a statement on Sunday, President and National Coordinator of the foundation, Mr. Dixon Jubril, called on the university lecturers to give room for re-opening of the universities in the interest of the students. “It has become a burden on both the government and ASUU to save the education sector from collapse by finding a common ground for the amicable resolution of the crisis. What both parties to the dispute must have in mind is that while the situation lingers it is the future of the students that is at stake. “We call on ASUU in particular to shift ground a bit for the common good of the education system. It’s our belief that the time has come for ASUU to devise other means of settling its disputes with government instead of the constant disruption of academic activities with its attendant socio-economic implications.” Source: punchng 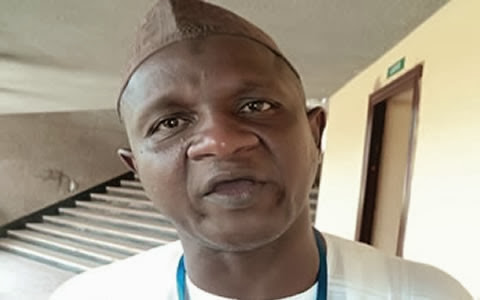