Dangote gets $3.3billion loan from 12 banks to build oil refinery 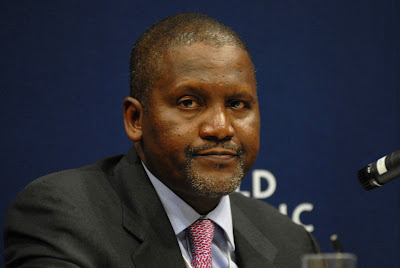 According to a statement released by Dangote Group a few days ago, the factories they plan to build will create about 9500 direct and 25 000 indirect posts. These plants will cut the existing volumes of refined fuel that are imported by almost half which will end the importation of fertilizer in Nigeria.

The company further stated that the 2.8 million tonnes of urea that will be made at these factories will be directed into developing the Nigerian agriculture sector. Aliko Dangote said these factories would showcase Africa as maker of refined oil products and fertiliser.


“As a result, several African nations will be less reliant on importing fuel and fertilizer from foreign markets, reducing the negative impact of negotiating terms within increasingly turbulent international markets"