A teacher has been accused of having séx with 12-year-old boy.

She claims she sent him pornographíc texts messages as "séxual therapy" to motivate him to be a better student. "That was my purpose, to gain his attention. And yes, I did it in an inappropriate way," Ethel Anderson, who was 29 at the time the abuse began, said in court.

Although she admitted sending the texts, she denied any contact occurred, and claimed the victim threatened to turn her in. The victim, now 14, also testified about the alleged abuse on Tuesday.

"We sat on the couch and we started doing séxual stuff. At first I told her to stop... she was rubbing on my lég, but then it just led to more," the victim told the court. "She would say she wanted me so bad and she wanted me to go farther [sic]... I just did not want to lose my vírginity to a teacher."

It was reported that the abuse occurred during math tutoring sessions at Anderson's home between December 2011 and February 2012.

In testimony, the victim told the court that at the time, he thought he was "living a guy's dream... [of] dating a teacher," but that he didn't tell anyone because he "knew she'd get in trouble." If convicted, Anderson faces up to 30 years in prison. 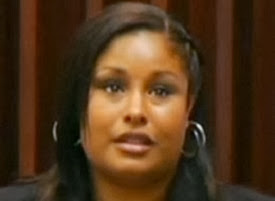