Genevieve and her Hermes bag land in Toronto for movie premiere 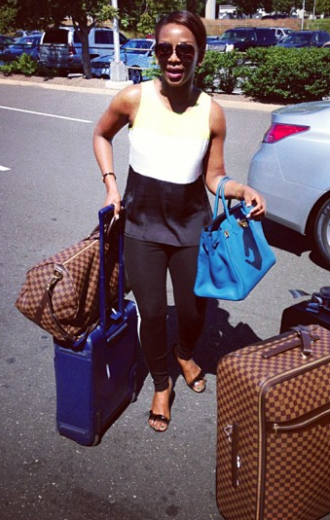 Genevieve Nnaji and her blue Birkin bag by Hermès (Its prices range from $7,500 to $150k) landed in Toronto, Canada yesterday to attend the world premiere of the much-anticipated movie, Half of a Yellow Sun, based on the award winning novel by Chimamanda Ngozi Adichie.


Half of the Yellow Sun is directed by prolific UK-based Nigerian playwright, Biyi Bandele, and produced by BAFTA award winner, Andrea Calderwood (of The Last King of Scotland).  The British/Nigerian co-production was shot at the Tinapa Film Studios in Calabar, Nigeria and the United KingdoM
Posted by femmyoju at 16:36