Governor Fashola apologizes to the Igbos over destitude deportation

Lagos State Governor Babatunde Fashola yesterday Thursday Sept. 26th apologized to the Igbos over the deportation of destitute from the state to Anambra State a few months back.

Governor Fashola tendered his apology at a ceremony to mark the Silver Jubilee anniversary of Aka Ikenga, an Igbo social-cultural group in Lagos. He said:

“The truth is that I do not have a problem with the Igbos, they know that because the largest herd of cattle I received during my father’s burial came from the Ndigbo. Those people who came under their many colours are not people I have a problem with, they are my kindred and my people. Also, there were people who did not clearly understand me and they have misunderstood words said or misrepresented actions taken in the way that it has pleased them to do so. To those people, I owe an explanation, not a defence of what has happened and that is partly why I am here.

“Why should people feel compelled to migrate from one place to the other? Is there one part of this country that is less endowed whether in human or natural resource? Is that the problem? Is it the case that perhaps some parts are so endowed or not adequately managed?"

“Those are the honest debates that we must have. The political storm is gathering and allusions have been made to the issues I address, not only by the chairman, but by the President of Ohaneze Ndigbo. How can development be so difficult in the part of Nigeria that gave us Ike Nwachukwu, Chinua Achebe, Nnamdi Azikiwe, Odumegwu Ojukwu, Alex Ekwueme and so on, how can development be so difficult in that part of this country? I think those are the real issues.”

“I think we have been in the news of our relationship for the wrong reasons in the last few weeks, but if you listen to the voices of those who speak the loudest, you would see that they do not speak about us, they do not speak about the problems, but about themselves. The majority of us are concerned about how to make it better, that is what concerns us always in Lagos, and it is not an easy decision for me.” 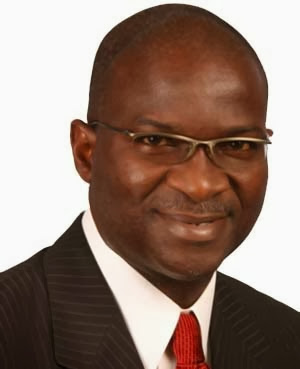