Man Caught On Camera "Having Sex" With Land Rover Jeep

A man who was arrested while having séx with a Land Rover has been banned from going out at the weekend.

According to court records, 24-year-old Daniel Cooper, was seen urínating in the street before walking down the High Street in Holywell, Wales, with his trousérs round his ankles and his t-shirt pulled above his head. 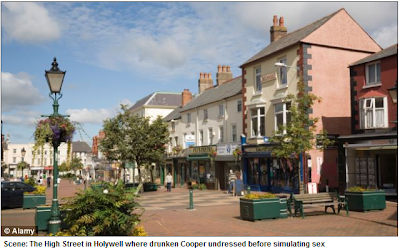 The drunk father of three shocked onlookers by walking into a kébab shop and símulating séx with the counter of the takeaway. He then dropped to the ground and continued doing the same, He then left the shop and gyratéd against a Land Rover Discovery that was parked nearby Cooper says he was so drunk he could not remember what happened - until he was shown the CCTV pictures of his actions. 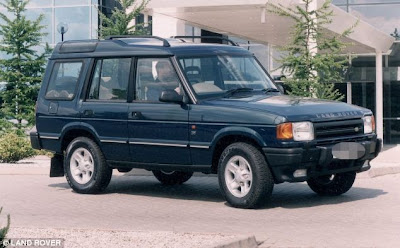 He admittéd indecént exposuré when he appeared in court and was given a three-month community order which bans him from going outdoors between 7pm and 7am on Friday, Saturday and Sunday nights for the next three months.
Posted by femmyoju at 09:17