The Abubakar Baraje faction of the Peoples Democratic Party has advised President Goodluck Jonathan to rein back his men to avoid plunging the country into avoidable chaos. The faction stated this in a statement in Abuja on Friday by its National Publicity Secretary, Chief Chukwuemeka Eze. The group said that advice became necessary following the uncovering of a plot to bribe each member of the House of Representatives with N2.5m. It said that the plot was to make the House pass a vote of confidence on the President and impeachment of Speaker, Aminu Tambuwal, and some other principal officers for their alleged sympathy for the Baraje-led PDP. According to the faction, the plot is also aimed at endorsing Jonathan to contest the 2015 presidential poll The group said that the presidential aides should stop portraying the Jonathan administration as promoting corruption. It stated, “Information reaching us indicates that the Alhaji Bamanga Tukur faction of the PDP working in concert with some Presidency officials have set about to induce members of the House of Representatives with a view to passing a vote of confidence on President Jonathan and impeaching their principal officers. The group said, “Part of their strategy is to place advertisements in major national newspapers in the country starting from next week, praising a non-performing Presidency to the high heavens so as to water the ground for President Jonathan’s expected declaration for the 2015 presidential contest. Each member is expected to receive 25,000 USD (about N2.5M) to sign the advertorial endorsing the President. “The plan is to commence the impeachment of principal officers of the House after the publication of these adverts. We are aware of the identities of those involved in this shady business being coordinated by an influential member of the discredited Tukur faction from the Southern part of the country.” The group added that poverty was ravaging the country and students were at home because of the refusal of the Federal Government to keep the agreement it reached with the Academic Staff Union of Universities since 2009. “Passing a Vote of Confidence on President Jonathan and celebrating him in the papers as these undemocratic elements plan to do is not only insensitive but also amounts to celebrating the death traps called federal roads and celebrating darkness after the billions of naira squandered on a non-functional power sector,” it added. The faction said that the impunity associated with the Tukur-led PDP was another proof that the country was in a desperate situation where failed politicians were capable of doing anything. It stated, “We urge our members all over the world to continue with fasting and prayers as we collectively seek God’s face on how to resolve the orchestrated crisis in our great party and thus minimize the heavy toll which it is taking on the Jonathan Administration.

Efforts to the Special Adviser to the President, Ahmed Gulak, to react to the allegation did not succeed as calls to his mobile telephone did not go through neither did he respond to the SMS sent to him. 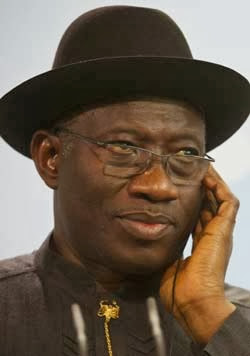