A 30-seat plane belonging to Associated Airlines carrying the remains of Ondo state former governor Olusegun Agagu and 20 other passengers crashed this morning shortly after take off from the domestic wing of MMIA. An aviation official confirmed the plane suffered engine failure after takeoff. It's also been confirmed that at least five passengers of the ill-fated flight survived, (including Agagu's son and son in-law) and have been taken to hospitals,while 14 bodies have been recovered from the crash site. The black box of the plane has also been recovered.

The casket bearing Agagu's corpse (pictured above) was recovered almost intact at the scene of the crash. Rescuers said almost all parts of the aircraft was burnt except the back where the casket was kept. The full manifest of the occupants of the plane has been released by aviation authorities. 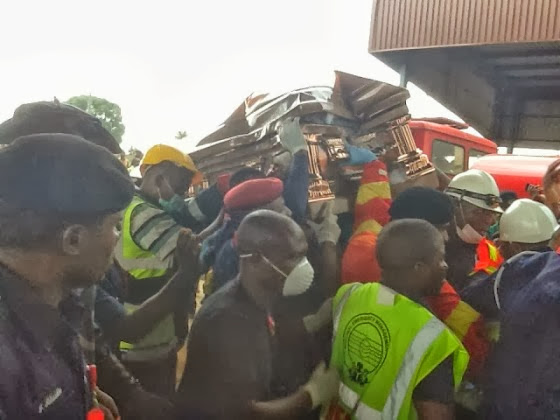