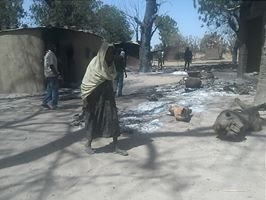 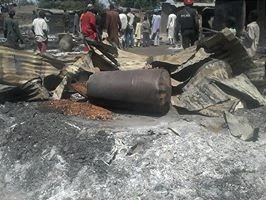 Over 40 people were killed yesterday evening Tuesday Feb. 11th in Konduga village in Borno state by gunmen suspected to be members of Boko Haram.

The gunmen arrived the village around 5:30pm yesterday and started shooting people. Several houses and a secondary school were burnt down according to security officials who visited the village after the attack. One security personnel said he counted at least 40 bodies following the unexpected attack.

The attackers met no resistance from security agencies as they carried out their deed. Military men reportedly arrived after the men had gone and have taken over the security situation in the area.