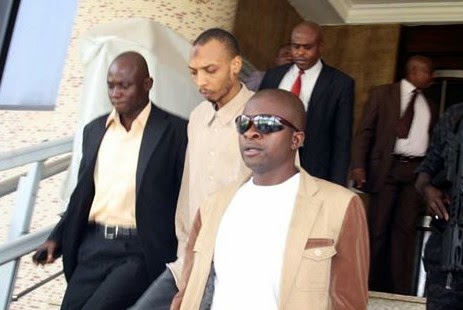 The court struck out the charges against Mr. Ogwuche on Monday, after months of trial for the April 2014 attack which killed more than 70 innocent Nigerians.

And why did the court strike out the case? The judge hinged his decision on lack of diligent prosecution by agents of the Federal Government who are prosecuting the case against Ogwuche.

Nigeria really needs help. Ogwuche, a suspected Boko Haram member, was accused by the government of being behind the attack. The blast at the Nyanya Motor Park occurred during morning peak hours as residents were hurrying to work.

The government said Ogwuche fled Nigeria to Sudan after coordinating the attack. He was later arrested by the government of that country, through foreign held and  repatriated to Nigeria to face trial.

According to NAN, details of the ruling are sketchy and will be brought in subsequent updates.
Posted by femmyoju at 18:02