A 300level student of Bells University of Technology in Ota, Ogun state named Ruth Idahosa died around 2am this morning after suffering an Asthma attack late last night.

According to her friends, Ruth had the attack while eating, causing her to choke and lose balance, leading to her falling and hitting her head on the ground. She bled.

The students around her said they called the university ambulance but there was no answer. They were left with no choice than to use a hairdresser's vehicle to lift the unconscious girl to the clinic.

"As usual, the incompetent nurses and staff of the clinic started to delay. Then the worst came - she passed on." her friend said. So sad! May her soul rest in peace..amen. 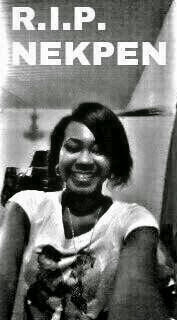