The Federal Government has approved the extension of state of emergency rule in Adamawa, Borno and Yobe States, the three states that have recorded the highest cases of Boko Haram attacks.

The decision to extend the emergency rule for the third time was taken at the National Defence Council meeting which was presided over by President Jonathan earlier today at the presidential villa Abuja.

Briefing state house correspondents after the meeting, the Attorney-General of the Federation and Minister of Justice, Mr. Muhammed Adoke said the decision of the council will be communicated to the National Assembly for approval.

The first state of Emergency rule was imposed on the states in May 2013 and has been extended twice since then. 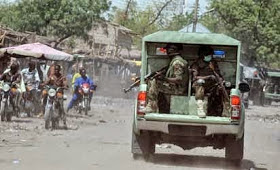