I guess their targets are now schools. A week after a suicide bomber killed about 49 students at Govt Science Secondary school in Yobe state, gunmen attacked Limawa primary and secondary schools, Minna, Niger state this morning at about 10.30am, injuring many students.

According to an eye witness, the attackers shot sporadically in the air before using their machetes to inflict injuries on some students. It is not yet clear if they killed anyone but several students have been rushed to the hospital.

The Niger state Police command spokesperson DSP Ibrahim Gambari, who confirmed the incident, said the police are there now and normalcy has since been returned to the area. 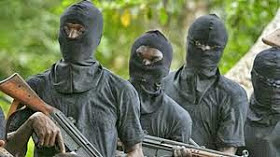