"Kim's Internet Breaking Nude Shoot was a Big F' You to The World!'' - Khloe Kardashian

Her sister attempted to 'break the Internet' with a naked photo shoot for Paper magazine. And now Khloe Kardashian is defending the risqué spread by saying Kim was trying to send a strong message to the world after being judged harshly while pregnant with daughter North West.

“You know what? If you've got it, flaunt it. I think Kim has an amazing body, she looks incredible. To each their own. The thing that I love about Kim - Kim and Kanye, they do things together, like that’s something they both agreed to do as a couple, even though it was just Kim - but they discuss it and they both think it’s art and it’s cool, and that’s their thing.

I think Kim looks great and if you have the confidence to do that, more power to you. And people just, I think, went so hard on her during her pregnancy that I think it’s almost that she feels so liberated to show everyone, like, ‘Look how bomb I look.’ And she does, she looks great. So I kind of love that she's saying a big EFF you to the world.' 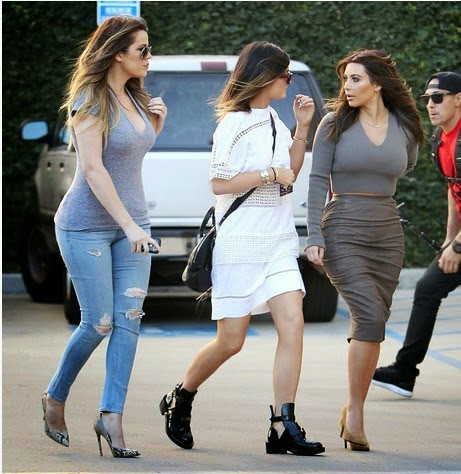