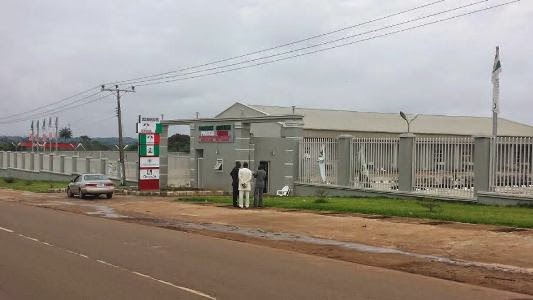 PDP chieftain, Prince Buruji Kashamu has built a multi-purpose political edifice in his hometown in Ijebu-Igbo, Ogun state. The building, which is estimated at N1billion, will be the centre of all the activities of the PDP in the South West.

The centre which has been named after President Jonathan will be known as the ‘Goodluck Jonathan Political Centre'. The official opening ceremony is said to be very soon.
Posted by femmyoju at 22:02