Revealed! Why Alhaji Orezi was chased out of Redeemer’s University!

Rising Afro-Pop Sensation, Orezi was kicked out of the Redeemer’s University’s premises by the school management on Thursday, November 13, 2014.

The ‘Shoki’ crooner was invited by Redeemer’s University Student’s Association for the 2014 Fresher’s event tagged ‘The Debut Night.’ But just as he was about to perform his hit track, ‘Shoki,’ the university’s chaplain was reported to have threatened the DJ of the event, who is a student not to play the song if he doesn’t want to be expelled from the university.

He was then Left with no choice but to leave the tertiary institution, afterwards took to Twitter to apologise to the disappointed students! 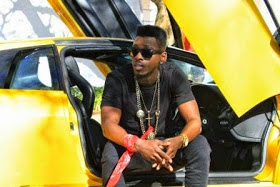