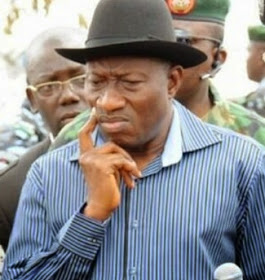 What started in the House of Representatives as a plot to immediately initiate impeachment proceedings against President Goodluck Jonathan has spread to the Senate, according to indications.

More number of Senators are said to be enthusiastic to team up with the Reps to impeach Jonathan.

One hundred and thirty Reps were known to have signed up to support the plot on Thursday, but as at mid day on Friday, the figure had risen up to 148, sources close to the bid told The Nation.

Senate sources said yesterday that some senators were inclined to get President Jonathan impeached. The arrow heads of the plot in the Senate are from the Northeast where the President proposes to extend the emergency rule in Adamawa, Borno and Yobe States.

The arrow heads, one source said, “have been meeting to plan how to convince and win other senators to buy into and support the pro-impeachment lawmakers.”

The plot was sparked by impunity by Federal Government, the latest being Thursday’s attack on NASS by policemen who tear-gassed Reps in a bid to deny Speaker Aminu Tambuwal access.

The source said “things will get clearer by Tuesday 25 when the Senate will resume plenary. I know of a fact that there have been series of clandestine meetings where the plot was mooted.”

The senators say Jonathan must go to “save the country from unbridled impunity.”

The source described Thursday’s invasion of the National Assembly as “the height of impunity that must not be condoned by right thinking Nigerians.”

A South West Senator who spoke on the plot noted that it is obvious “things will no longer be the same in the National Assembly.”

The Senate leadership is said to be labouring to calm frayed nerves.

“Since 1999, this is the first time in the history of democracy that such a thing has happened,” a Rep said of the attack. The motion for Jonathan's impeachment may be moved as early as December 3rd.
Posted by femmyoju at 16:46