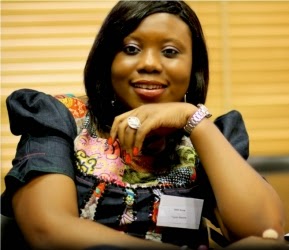 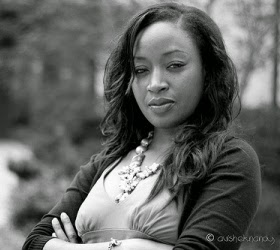 The annual Forbes list of the The 20 Young Power Women In Africa 2014 has been released and it features Nigerian amazons like Ada Osakwe and Toyosi Akerele among others.

Written by Mfonobong Nsehe for Forbes

Every year since 2011  have enlisted readers’ help to identify 20 young, extraordinary and inspiring African women, aged 45 and under, who are making the most dramatic impact in individual African countries in the world of politics, business, technology, policy, diplomacy and media for the annual tally of the 20 Youngest Power Women In Africa. Now in its 4th year, the list celebrates 20 influential female leaders, ground breakers & ceiling crashers who are transforming the continent from their communities.

Read about the Nigerians on the list after the cut...

Ada Osakwe (pictured right), Nigerian, Advisor to the Honorable Minister Federal Ministry of Agriculture and Rural Development, Nigeria
Nigeria’s agricultural sector has attracted more than $4 billion in private sector investment commitments over the last year, and Ada Osakwe is an integral reason why. Osakwe, 34, currently serves as the Senior Investment Adviser to Nigerian Minister of Agriculture Akinwunmi Adesina – arguably the best-performing member of President Goodluck Jonathan’s kitchen cabinet. She works directly with the minister, advising him on his policies regarding private sector investments into the food and agriculture sector.  Osakwe also interacts with current and prospective agribusiness investors and champions innovative approaches to channel sustainable private sector engagements in the sector. Previously, she served as Vice President of Kuramo Capital, a New York-based investment management firm. She also worked in various capacities at the African Development Bank.

Amy Jadesimi, Nigerian, Managing Director, LADOL
The 39-year-old Nigerian businesswoman is the Managing Director of the Lagos Deep Offshore Logistics Base (LADOL), Nigeria’s only indigenous-owned deep offshore logistics base. Jadesimi earned a BA in physiological sciences at Oxford University, and then went on to work for the investment banking division of Goldman Sachs in London. She subsequently attended Stanford Business School, where she earned her MBA, and returned to Nigeria to set up a financial consultancy outfit before joining LADOL (a company founded by her father) as Managing Director. Since it was founded in 2001, LADOL has turned a former industrial wasteland into a $500 million industrial village and specialized port facility, providing an environment in which high value operations, such as oil and gas drilling and production support, ship building and repairs, specialized manufacturing and engineering can take place 24/7 in a secure Free Zone. The second phase of the LADOL development is currently ongoing and it includes Nigeria’s single largest local content development – a $300 million investment in West Africa’s largest vessel fabrication and integration yards. LADOL Free Zone was created to make Nigeria the hub for West African maritime and oil and gas activities through long-term investment in world class facilities and services. Jadesimi is spearheading this vision.

Rimini Makama, Nigeria, Director, Africa Practice
Rimini Makama, 34, is the Communications Director at Africa Practice, Africa’s foremost strategy and communications consultancy. Over the last half a decade, Makama has successfully introduced some of the largest international institutions on the continent and beyond into the Nigerian market, simultaneously helping to strategically positioning them as key players in their industry and encouraging foreign investment in the country. Some of her clients include BlackBerry, Union Bank, Renaissance Capital, Bloomberg, Western Union, World Economic Forum Africa, The Africa Union and Paypal. Rimini has a background in law and after obtaining a BL from the Nigerian Law School and an LLM in International Law and World Order. Prior to a career in communications, she joined the Office of Legal Affairs at the International Criminal Police Organization (INTERPOL) in Lyon, France where she worked as a lawyer primarily reviewing notices and individual requests safeguarding international security and safety across borders. She also drafted cooperation agreements between the 190 member countries.

Toyosi Akerele-Ogunsiji, Nigerian, Social entrepreneur
Ogunsiji, 31, is the Founder of RISE NETWORKS, a Nigeria-based private and public sector funded Youth Interest social enterprise with a primary focus on wholesome youth and education development. The organization focuses on creating intellectual development and capacity building programs for young Nigerians between 16 and 30 and receives generous support from several state governments and blue-chip companies. Ogunsiji is an alumnus of the United States Government’s International Visitor Leadership Program.

Adiat Disu, Nigerian, Founder, African Fashion Week
Adiat Disu, 27, is an international publicist and founder of Adirée, a New York-based communications and brand strategy company. In 2009, Adirée launched the annual Africa Fashion Week in New York, one of the most popular international African-focused fashion events, in an effort to place structure around Africa’s fashion industry and promote international economic partnerships while promoting brands from Africa on a global scale. It has been a resounding success. Disu and Adirée are also working on hosting other international African Fashion Weeks in other fashion capitals of the world including Paris, Milan, London and Tokyo.

Source: Forbes.com
Posted by femmyoju at 15:23