AirAsia flight found upside down at the bottom of the sea, passengers found holding hands 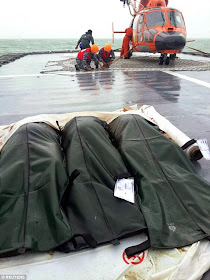 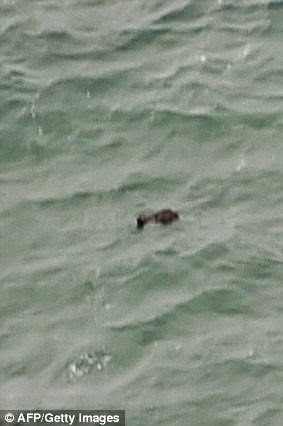 Indonesian search officials have now confirmed they have located the fuselage of AirAsia flight 8501 on sonar radar, upside down on the sea floor, not far from where three of the bodies from the doomed AirAsia flight were found holding hands when discovered floating in the Java Sea. Officials from Basarnas, Indonesia's search and rescue agency, say the plane wreckage has been located in 24 to 30 metres of water and one of the seven confirmed recovered bodies was wearing a life jacket.

Lieutenant Airman Tri Wobowo, who was co-piloting Indonesia's C130 Herclues aircraft, was the first to discover debris from the plane and witnessed the tragic scene.

'There were seven to eight people. Three of them held hands,' he told a local newspaper. 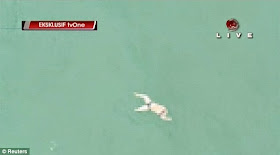 A plane door, a blue suitcase, oxygen tank and the remnants of an emergency slide were among the objects found about 10km from where the plane was last detected on radar. But the most harrowing discoveries were the corpses floating in the Java Sea - about 100 miles off the coast - and search chiefs fully expect none of the 162 passengers and crew on board made it out of the wreckage alive. 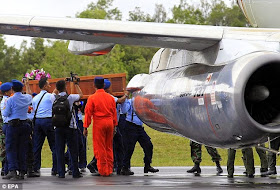 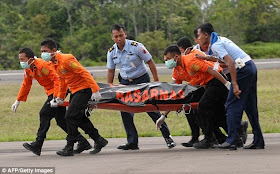 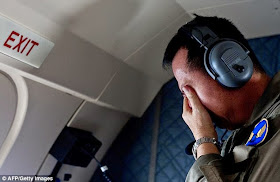 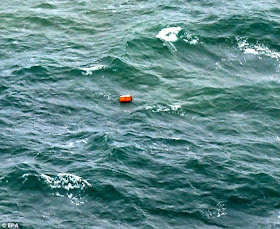 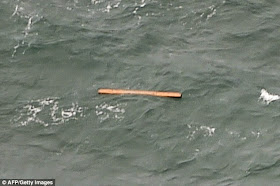 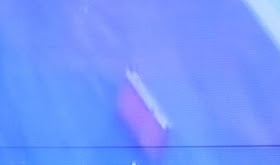 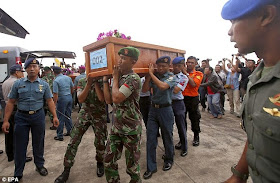 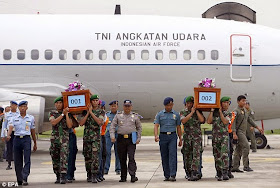 Family members who have been at the airport since the crash happened on Sunday December 28th, are expected to come forward to identify the remains of their loved ones.