Boko Haram: Christians Will Soon Begin To Fight Back- Primate 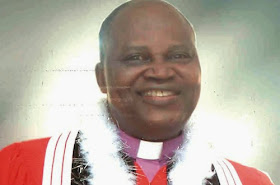 Primate Ayodele Olabayo has once again called on President Jonathan to get a grip of this country. The leader of the Yahweh Church, who once warned against insurgents taking over some parts of Nigeria said, he told them something needs to be done back then to avert all the misfortunes the country now faces, but no one listened to him. He has spoken again, and here’s what he told City People magazine.

“The President has to be careful with the way he runs this country. “Those in government don’t even think of the poor people any longer. To start with, people are suffering, people are dying. Early this year, I spoke about the security problems,  that something needed to be done. I spoke about the Insurgency, Terrorism, they didn’t take this serious. The militants are involved in what is happening in the North.”

“All they are after and working towards is that they don’t want elections to take place there. And all these evil people are not being checked. Worst things are happening. People are not talking. Churches are being burnt; nothing is being done about it. It is not that we Christians can’t fight back or retaliate. It’s because we fear the Lord. It will get to a stage now where we would not agree any longer. Enough is enough. President Jonathan should stop all these nonsense before it consumes us all. I am afraid for him. He should stop all these killing of Christians and burning of churches. Enough is enough”.
Posted by femmyoju at 09:23