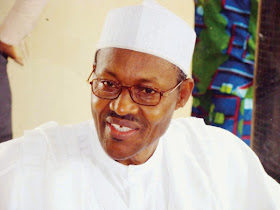 This crowd funding initiative remains the first of its kind use of technology to significantly step change the process of election funding in Nigeria and Africa in general. Speaking at the launch of this initiative, the crowd funding effort uses BSO registration scratch cards and the contributor’s mobile phone to raise funds for the Buhari’s campaign effort. The electorate can now freely support the Buhari Campaign by registering or by a direct donation of N100. This can be achieved by simply purchasing the support card and sending a text to the BSO following the instructions at the back of the card.

During the live-testing of the system, the group of engineers present confirmed that the implementation of this technology provides “empowerment for the masses against the election manipulation Cabal”.  This system reverses the trend of money bag politics in Nigeria as the previous model of politicians doling out money to electorate is totally upturned. Speaking at the event, the program coordinator BSO – Mr. Ibrahim buttressed the fact that the use of this technology delivers accountability and transparency as the candidate will now have to win the hearts of the electorate with his policies to get their funding.

After carrying out rigorous live testing of the system, users were convinced of the system’s efficacy and simplicity.  The system is another use of mobile technology to step-change existing inefficient processes. This robust system completely demystifies the complex and murky process of elections funding in Nigeria.

Rtd General M. Buhari, present at the launch confirmed his endorsement of the system and buttressed that the system’s unique benefits are synonymous with his principles of transparency, accountability and empowerment of the masses. This system will also provide the BSO with an updated database of registered voters which can be used for better information dissemination, elections monitoring and exit polling analysis.

This unique use of technology by Rtd Gen. Buhari and the youths working with him should be encouraged to change our existing inefficient systems in government.
Posted by femmyoju at 20:32