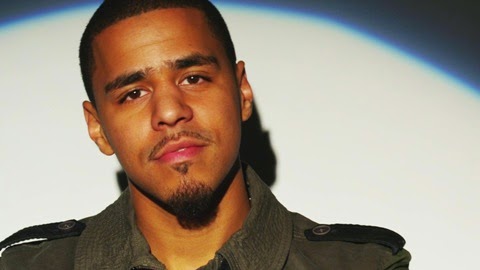 A very popular groupie just spilled the beans about her brief affair with rapper J Cole. She was very specific about their sex life & rates J Cole's 'tongue' & 'D' game..hehe. What she sent to MTO below.

I dated J Cole off-and-on for a couple of months. We met on instagram, he liked one of my pictures and we started talking from there. Two months later he flew me out to visit him in New York, after some conversation, but before he sent me the ticket, he made it clear to me that I needed to be f*cking. I thought it was tacky for him to say that to me because I thought we were friends. But I told him I was ready & he sent me a coach-class ticket.

When I got to his apartment in the lower east side of Manhattan, I was shocked. It was very dirty and smelly and looked like he had 12 n*ggas in there living with him.


[J Cole] clearly is not broke, because the building is luxury with a doorman and all that. But once you get inside, it looks like a college dorm frat house. All you smell is weed and dirty sneakers.
MTO it wasn't just the apartment that stunk. J Cole's breath smelled like ROTTEN ASS. I'm not talking about morning breath either, he has a serious problem with his breath - like medical problem.
But let me tell you, the n*gga breath stinks for a reason. As soon as we got down to business, he took off my clothes and gave me that mouth and tongue for about an hour, and it didn't get boring even for one second. He kept switching positions, ate me from the front from the back, from the side. He practically spun me around on his tongue. He was PUTTING IN WORK.
After he finished, I returned the favor on him (gave him head). He's lite skinned but has a very nice size d*ck. Not very long, but very FAT. My jaw almost came out the socket. lol.
The sad thing is that we never actually got to have sex. After about 2 or 3 minutes he knutted. I didn't expect it, and so when he pulled out, his c*m went all in my hair. It was a very expensive weave and I was upset. He apologized and seemed genuinely sorry.
I stayed the weekend and we had sex four or 5 other times, it was always the same. N*gga would eat me for about an hour and then c*m within 2 minutes. I finally got to feel the d*ck and it was good while it lasted.
All in all I can't say anything bad about him. We had a lot of fun, and we still talk every now and then.