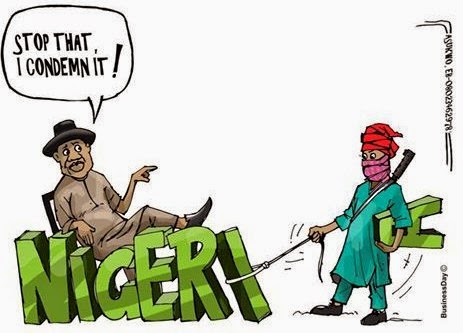 A former governor of Bayelsa State, Timipre Sylva, says his kinsman, President Goodluck Jonathan, does not deserve a second term. He said this on Sunday while featuring on a Channels TV's "Politics Today".

Sylva, who is a chieftain of the All Progressives' Congress (APC), said the nation's economy was in shambles under Jonathan's watch. He said apart from failing to strengthen the country's currency in the wake of the global oil price slump, the Jonathan-led government had also failed to tackle oil theft.

According to Sylva, APC's General Muhammadu Buhari, has what it takes to deal with the issues:

"Buhari tackled oil theft in 1984. The government has said oil theft is one of the biggest problems, but it doesn't know what to do about it. We need somebody like General Buhari to come in and tackle these issues." 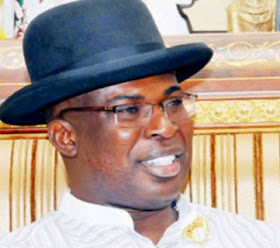 Sylva also alleged that the fight against the Boko Haram terrorist group had been ineffective under Jonathan, saying Buhari has what it takes to tackle terrorism.

He said: "Ethnicity doesn't influence my reason for supporting Buhari. Nigeria's biggest problem today is Boko Haram. Before, it was militancy and a lot of Nigerians felt that somebody from that area should be president. So, it would be better now for somebody from the north who understand the issues around that area to be president. The fight against Boko Haram has been ineffective and General Buhari has the effectiveness to deal with it".

The former governor also alleged that the People's Democratic Party (PDP) had failed the people of Jonathan's home state of Bayelsa, claiming that the APC is on ground there.

He said the people of Niger Delta would not vote Jonathan in 2015, claiming that they had realised that the president had not brought development to the region.

He alleged that Jonathan had not brought any federal presence to Bayelsa State apart from the University of Otuoke which, he described as a glorified secondary school.

"Niger Delta people are one of the most disenchanted people. The East-West Road is still where it has been. There is nothing that tells you that there is federal presence in Bayelsa, apart from University of Otuoke which is a glorified secondary school.

"The mindset of the people of Niger Delta is that you don't have to have your person before you have development. The development we have in Niger Delta was not made by a Niger Delta president. We are ready to vote anybody who is ready for the development of Nigeria and Niger Delta", Sylva added.
Posted by femmyoju at 09:08