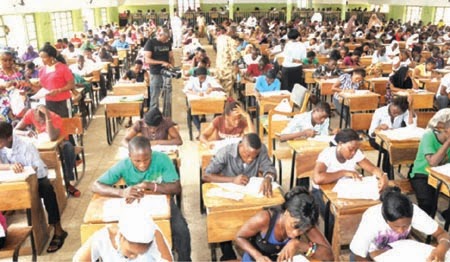 Over 70 percent of candidates who participated in this year’s WAEC exams have failed, the Head, National Office of the Council, Charles Eguridu announced yesterday. Mr Eguridu while announcing the results said, out of the total number of 241,161 candidates who sat for the examinations, only 72,522 scored five credits with the two key subjects, giving a pass rate of 29.27 percent. A record which only supersedes that of 2013 by only 1 percent.

It will also be recalled that there was also a massive failure last year when only 86,612 candidates passed out of a total number of 298,971 candidates who wrote the examinations.
Posted by femmyoju at 11:06