Photos of the teenager shot dead by police in St. Louis yesterday 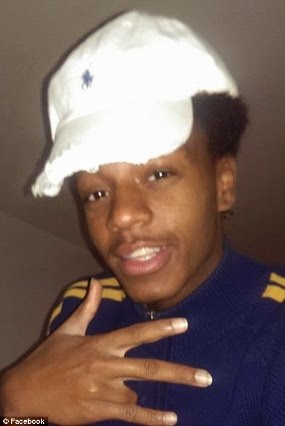 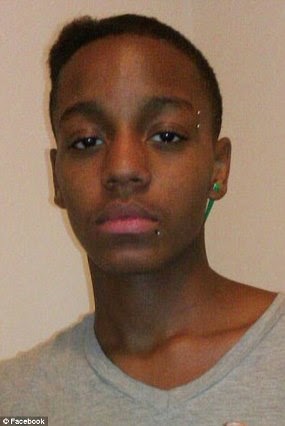 This is the 18 year old young man who was shot dead yesterday Dec. 23rd by a police officer at a gas station not far from where Michael Brown was killed in Ferguson, Missouri. But the police say this is a totally different case because Antonio Martin had a gun and pointed it at 34yr old unnamed officer, who pulled out his own gun and shot three times, killing Antonio. 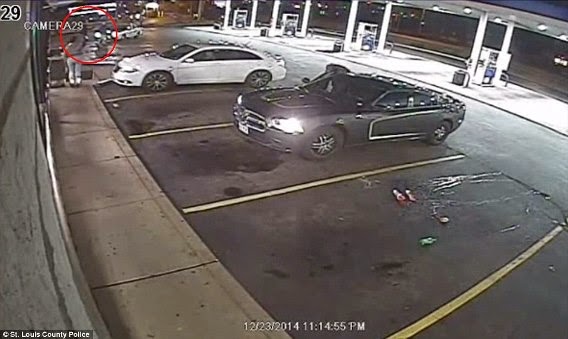 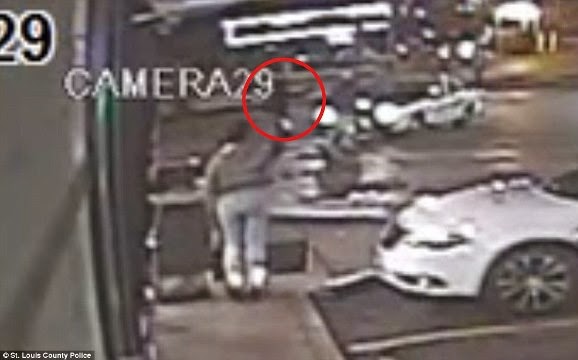 Antonio pictured above pointing a gun at the police officer as the officer responded to a call of a theft in the area. The police officer fired three shots, one hitting the teen. Antonio, who didn't fire his weapon, was pronounced dead at the scene by responding EMS officers.
During a press conference later, the police said Antonio was known to them and had previous charges including three assaults, armed robbery, armed criminal action and multiple uses of weapons since he was 17. 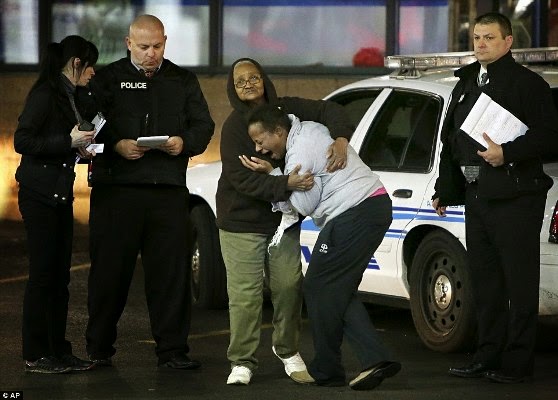 His mother wails at the scene of the incident

His body being taken away 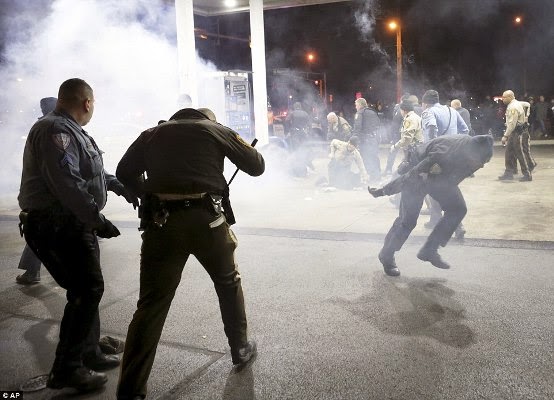 Protests quickly erupted at the scene of Antonio's shooting...
Posted by femmyoju at 04:24