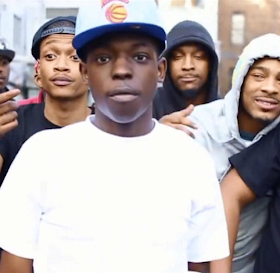 The indictment is sealed and the specific charges have not been disclosed, but we know it's part of a long-term investigation conducted by the NYPD and a special narcotics prosecutor.

Law enforcement sources tell us ... Shmurda was under surveillance by police and was arrested while he sat in a car outside a NYC recording studio. He is scheduled to be arraigned on Thursday.

Shumurda was arrested in Octoberfor smoking a joint with two friends while double parked on a Brooklyn street ... and in June for possession of a weapon.