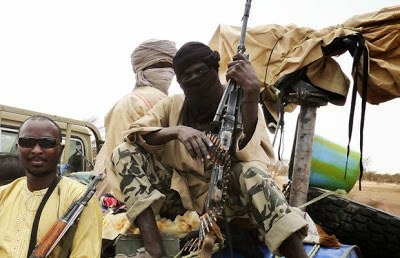 Seven Boko Haram members were killed after explosives placed in a van exploded at the Chikwarki market in Biu, Borno state on Monday December 29th.

"A Toyota pick-up van, loaded with maize and beans with IED hidden under them, belonging to Boko Haram insurgents, exploded near Chikwarkir village of Biu, killing all the occupants of the van. As you know, it is harvest time and people are taking their farm produce to the market; but thank God, the bomb exploded before they could get to the market,” a security source told Punch