SHOCKER: Christopher Kolade blasts Jonathan: Your Leadership Is A Failure! 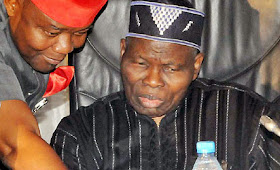 It looks like it's only those eating from President Goodluck Jonathan that are praising him. A former head of SURE-P, Dr. Christopher Kolade, on Thursday condemned Jonathan for not showing the right leadership in the manner he had been handling his responsibilities as the nation’s president.

He made reference to Jonathan’s decision to honour a political rally in Kano shortly after a bombing that killed several Nigerians, saying the best he could have done was “to postpone the political event.”

For choosing to continue with the programme, he said, the President did not demonstrate that he was sensitive to the pains of the people he is leading.

He said those who said the country “had never been this good” were lying, and that at over 80 years he could tell that the country had a robust history.

The respected statesman condemn all those singing Jonathan's praises, including TAN, and insisted that, “Nigeria was, at every other time, better than now.”


He spoke at the sixth Christopher Kolade Symposium organised by the Nigeria Leadership Initiative, an organisation he was a pioneer patron. He lamented the drift in leadership quality.

“If we get to a point when we do not care how the country is led, we have lost hope. The country is where it is today because some people sacrificed. Unfortunately, beyond stealing, our leaders are not ready to sacrifice anything,” he said. 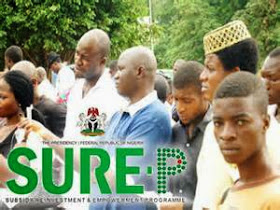 Kolade said he took up a responsibility to lead the Subsidy Re-investment and Empowerment Programme to demonstrate his love for the country. Rejecting the appointment, he said, would have amounted to wishing the initiative failure.

He said he rejected allowance offer because he was financially stable. The second reason, according to him, was to enable him to quit when he noticed it was not going to succeed without the hassle of “waiting till end of the month to collect allowance.”

He said most Nigerians are unhappy with the leadership style of the Jonathan government.
Posted by femmyoju at 10:12