Teenager stabs girl in the face, beats another black & blue because they called him 'HARRY POTTER' (PHOTOS) 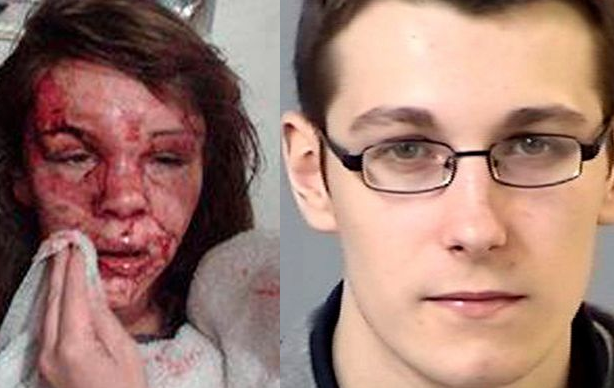 A teenager stabbed a girl in the face and smashed another's head against a fence because they called him HARRY POTTER
Ryan Walker wears glasses and has short black hair like the boy wizard  played by actor Daniel Radcliffe in the hit movies.But the 19-year-old snapped after the girls called him Harry Potter, stabbing one in the face so hard the blade of his vegetable knife broke.Walker then smashed the other's head against a fence and shouted "die, die".

According to Uk Mirror, he claimed he launched the ferocious attacks after being goaded repeatedly by the girls.Victims Emma Keeble, 15, and 16-year-old Leah Pearce, are still coming to terms with their injuries, which left their faces battered, cut and bruised.
Southampton Crown Court heard how Walker returned to his family flat after shopping for his mother and had to pass the girls sitting on the stairs.
One touched his shopping bag before verbally abusing him and telling him he resembled Harry Potter.Outraged, Walker saw red and came back downstairs with a milk bottle full of water and threw it over the girls.
He then went back into the flat and re-emerged with a vegetable knife before walking to a local park - knowing the girls would follow him.Walker then lost his temper, stabbing Leah in the face, who then started bleeding profusely.
He attacked Emma, flooring her with a series of punches and kicks, before smashing her head against a fence, shouting "die, die". 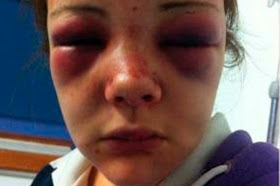 Walker's defence barrister Keely Harvey told the court he was bullied at school and seen as a "wimp".She said:

"He finally lost it. He flipped and attacked them in this most horrific way, not justifiable, but I hope they can now see where it came from."

Passing sentence, Judge Peter Ralls QC, said the girls may have been rude, but there was no justification for what Walker did.He said:

"It was deliberate and planned. It was a sustained attack in which you used the knife as a weapon and your foot as a weapon."

Walker was sentenced to a jail term of four and a half years.After the sentence, Leah's mum Claire Pearce, said:

"The injury has left a scar on Leah's face that will be there for years.I don't think the sentence was enough for what he did. He admitted he flipped and it was the final straw.I think he is a dangerous man given he flipped like that and attacked the girls.I feel sorry for the next person that calls him a name."