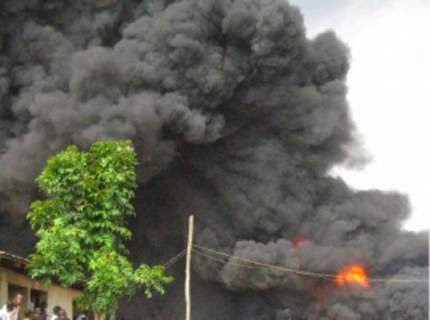 A female suicide bomber said to be about 10 years old blew herself up killing at least 10 others at the popular Maiduguri poultry market in Borno state around 12.30pm today. A military source who confirmed the explosion said the little girl strapped herself with explosives that were so heavy that after it exploded, flung her body 500m away from the scene


"Her body was completely shattered,” he said. “Because of the high calibre explosive she strapped to her body, the upper part of her body was flung apart and found about 500 metres away"he said