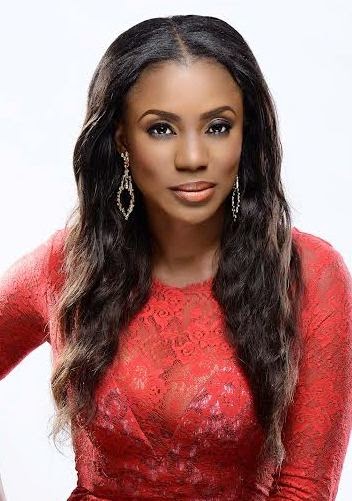 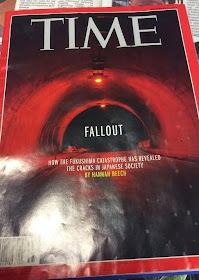 Press statement from her publicist. Read below..

It is always a thing of pride when as a professional in any field of endeavor, one is given the necessary recognition, and when that recognition comes from a major international media house such as Time Magazine, it would indeed be an occasion to relish. However, for Award-winning actress and star of the hit TV Series Lekki Wives, Kiki Omeili, her experience with the famed magazine was nothing short of disheartening. Kiki was approached for an exclusive interview with Time magazine sometime in 2014.

The soft-spoken actress unassumingly granted the interview; however, to her surprise, during the interview she noticed that the Time Magazine journalist was not making use of a tape recorder for the interview, which is the norm in most climes, but resorted to taking short notes at intervals. The actress however gave them the benefit of the doubt.

Flash forward to a few months later and the actress, who is also a graduate of Medicine from the University of Lagos was shocked to receive a phone call from a colleague who had just bought a copy of the Time Magazine edition (Sept 1, 2014) in which references to her interview was published and the actress was described as a "Medical School Drop-out". Kiki immediately reached out to the journalist who conducted the interview via repeated emails, but she was rebuffed and told that what was printed was what she told the Time magazine agent and as such nothing could be done about it, because the article was about Nollywood in general and the error had no bearing on the story.

Not about to be taken for a ride, the Eloy Award nominated actress, who was recently named as one of the Top 25 Faces of New Nollywood by the NETng, contacted her lawyers to write to the international magazine regarding the issue of slandering of her name as well as the aspersions, which the article has cast on her credibility as a medical personnel, as she still maintains her Medical License to practice as a medical doctor and writes several medical journals.

In response to the letter from her lawyers, Time Magazine  promptly printed a retraction in their October 6th 2014 edition of the magazine. 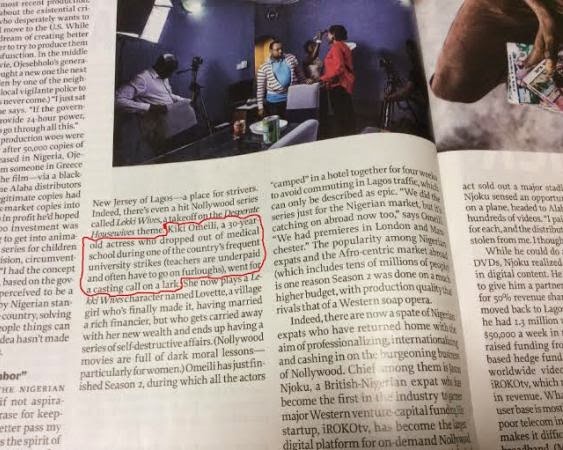 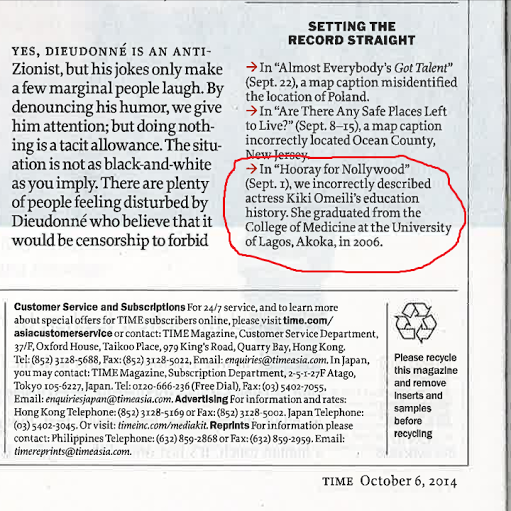