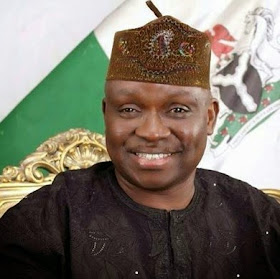 The Peoples Democratic Party Presidential Campaign Organisation has distanced itself from a newspaper advert sponsored by Ekiti Governor, Ayo Fayose suggesting the All Progressives Congress candidate, Muhammadu Buhari, will die in office if voted as president.

The media director of President Jonathan’s campaign team, Mr Femi Fani-Kayode, however told journalists today in Abuja that there’s no doubt about it that, Mr Fayose is a distinguished leader of their party but he spoke at his own will. Hear him;

“Governor Ayo Fayose is a distinguished leader of our party. A democratically-elected governor and someone we have immense respect and affection for and he released this advert in his own name. That represents his own personal opinion which he is entitled to.

“What I can tell you on our part as the Presidential campaign organisation is that it does not represents the opinion of the Presidential Campaign Organisation or indeed the President, it is his opinion, which he is entitled to and he is somebody that we have immense respect for, he is a leading member of the party, I have spoken with him and we respect him.

“But for anybody to suggest that this is the position of the presidential campaign organisation or President Goodluck Jonathan, that will be most unfair,” Mr. Fani-Kayode said.

He continued: “If we wanted to say something like that we will say it without any kind of apology but of course, we will never say that because we believe in the sanctity of life. Age is not a function of how long you will live.

“It is important that we recognise the fact that age is not an indication of how long somebody will live. We believe strongly that we must continue to show immense respect to the person of General Buhari,” he said.
Posted by femmyoju at 01:20