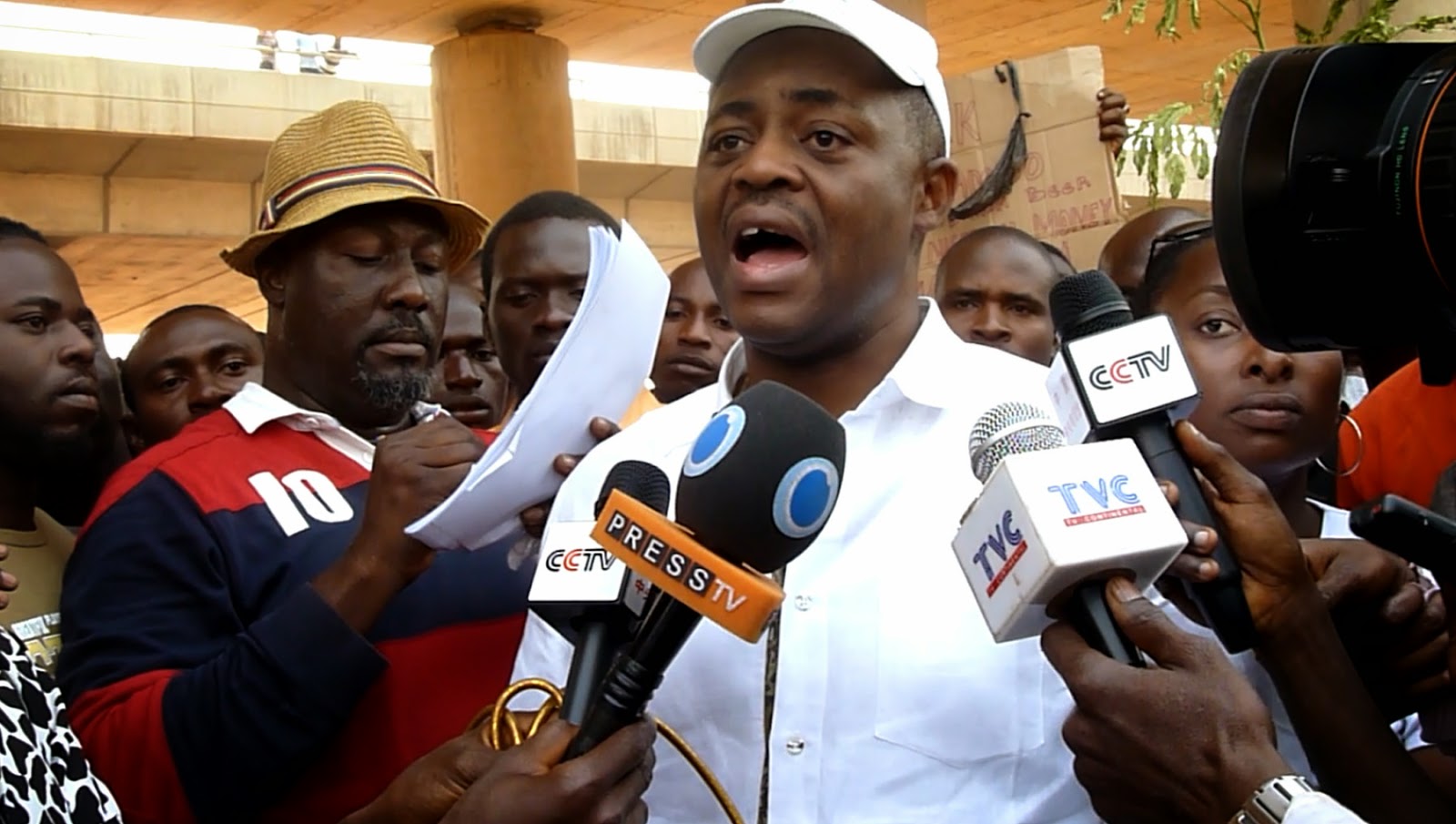 People ask why we bother with politics is there anything funnier than it now? Lol. Spokesperson of the PDP Presidential campaign organisation, Femi Fani-Kayode has called on the APC Presidential candidate, Gen Buhari to withdraw from the presidential race following the controversy surrounding the latter's academic qualification. He made this call yesterday while addressing newsmen in Abuja

"Information reaching us now has shown that the Presidential candidate for the All Progressives Congress (APC), General Muhammadu Buhari has disclosed today (yesterday) in Kano at a press conference that the affidavit he swore to in which he claimed that his credentials were in the custody of the military was not true after all. The implication of the action of this so-called “Mr Clean” is nothing but perjury and we all know that this is a grave criminal offense under our laws and constitution.

We urge Buhari and his party to do the right thing and tender an unreserved apology to the Nigerian people, throw in the towel and report to the nearest police station for interrogation and prosecution. Anything less than that would be an insult to the collective intelligence and integrity of the Nigerian people. We also urge the Nigerian Armed Forces to consider the possibility of stripping him of his rank and privileges given the fact that he was never qualified to join the Nigerian Army as a commissioned officer in the first place because he never had the prerequisite qualification which was a school certificate. Given this, at best Buhari should never have been anything more than a non-commissioned officer.” he said