Buhari’s Certificates? Yes, they are with us –– Army Confirms 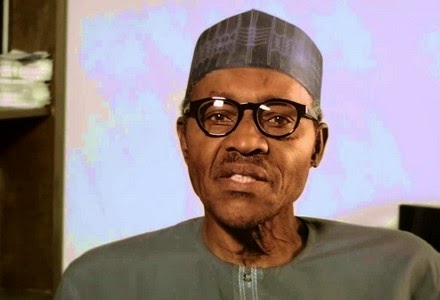 After all the noise making online, the truth is finally out. But one thing is sure, OluFamous.Com believes that it's not possible for General Muhammadu Buhari not to have any certificate, like PDP agents were trying to paint, when you consider all the military education he had, home and abroad.

Finally, the authorities of the Nigerian Army have said the service will readily release the credentials and certificates in its custody to serving and retired officers in need of them.

The Director, Amy Public Relations, Brig.-Gen. Olajide Laleye, said: “There is a laid-down procedure to request for certificates. It is known to any serving and retired officer.

“If you want anything checked in your file, you simply follow the due process and it would be given to you because the credentials belong to you.”


In an exclusive interview with Punch in Abuja on Wednesday, he said the procedure for the retrieval of the certificates was known to all serving or retired officers of the military.

The Army spokesman was reacting to a declaration by APC presidential candidate, Muhammadu Buhari that his credentials were with the military.

Buhari had said in an affidavit he deposed to at the High Court of the Federal Capital Territory on November 24, 2014 and received by Independent National Electoral Commission on December 18, 2014, that all his certificates were with the Secretary, Military Board.

“I am the above-named person and deponent to this affidavit therein. All my academic qualifications, documents as filled in my presidential form, President APC/001/2015, are currently with the Secretary, Military Board as of the time of presenting this affidavit. The affidavit is made in good faith and for record purpose,” Buhari stated.

On his part, Laleye stated that the Army would not refuse any officer whose certificates were in its custody from getting them if the existing procedure was followed.

“The Nigerian Army does not refuse to give anybody his credentials if the due process is followed. Now, take note of this. Not only does the Nigerian Army keep these things, the individual officers, whether serving or retired, have copies.”
Posted by femmyoju at 10:40