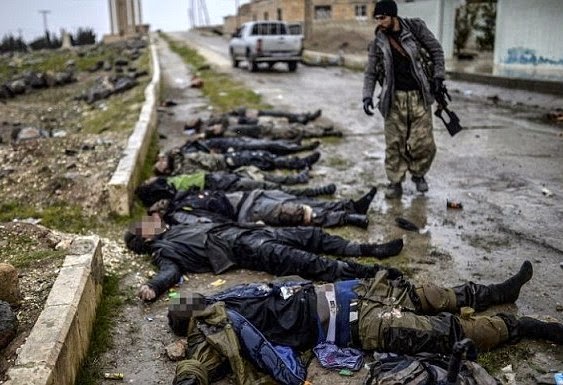 Kurdish fighters killed more than 20 ISIS militants during continued fighting in the villages around Kobane which was liberated earlier this week after months of bitter street fighting. In one village, a Kurd was today pictured standing over the bodies of Islamic extremists after they were killed in Halimce, a village east of the town...


Kurdish forces recaptured the town on January 26 in a symbolic blow to the jihadists who have seized large swathes of territory in their onslaught across Syria and Iraq. But the town is now characterised by demolished buildings, with heavily armed fighters roaming otherwise deserted, rubble-strewn streets.

Although their town has been liberated, thousands of residents are now settling into Turkey's newest refugee camp for an indefinite stay and have been warned not to return until the area has been fully secured. (Courtesy - UK Daily Mail). See the photos below... 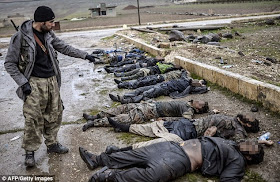 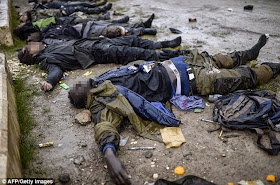 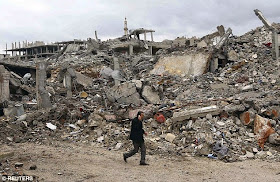 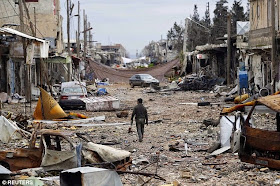