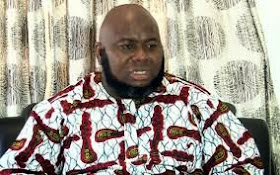 Leader of the defunct Niger Delta Peoples Volunteer Force (NDPVF), Alhaji Mujahid Dokubo-Asari, has said that corruption in the administration of President Goodluck Jonathan is endemic, although it does not stop him from supporting his brother's government.

The former militant leader also threatened war on any successor of Rivers State governor, Chibuike Rotimi Amaechi, that fails to probe his administration.

Dokubo-Asari spoke in Port Harcourt on  Wednesday while fielding questions shortly after attending a town hall meeting organised by NDPVF, in conjunction with the Niger Delta People Salvation Front.

He queried why people should be blaming Jonathan for all the country’s woes
pointing out that the country has over 800 governments, made up of 774 local government areas, 36 states and the Federal Capital Territory.

The NDPVF leader said, “We have over 800 governments in Nigeria. There are 774 local government areas, 36 states and Abuja. Is Jonathan governing all of them? Is there no corruption in Rivers State? Corruption is high in the states controlled by the All Progressives Congress.”

The ex-Niger Delta agitator frowned at the politicians castigating Jonathan on corruption, stressing that failure of Amaechi’s successor to probe him would be hellish.