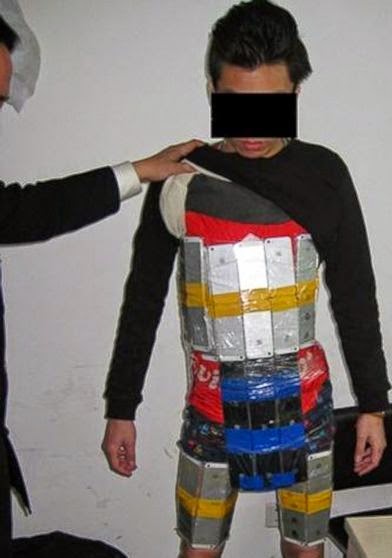 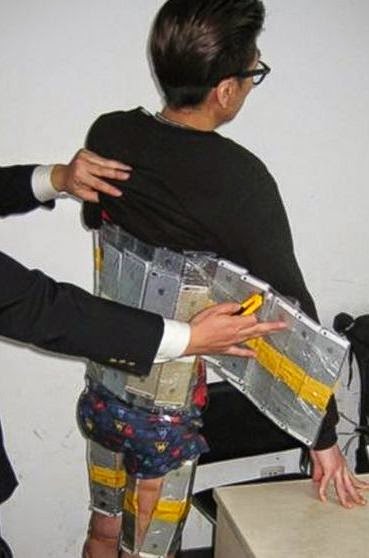 Lol. Chinese custom officials arrested a man who tried to smuggle 94 iPhones from Hong Kong into China today Jan. 13th. According to Chinese People Daily, officials decided to search the man after they got a tip-off that there was something amiss when they noticed he was walking strangely. They first searched his bag and when they found nothing, they searched his body where they found the 94 phones strapped to his body.

The man whose identity was hidden, was bringing in the phones from Hong Kong where it's cheaper to buy to sell in China where tax on the devices have made it very expensive for consumers.
Posted by femmyoju at 21:35