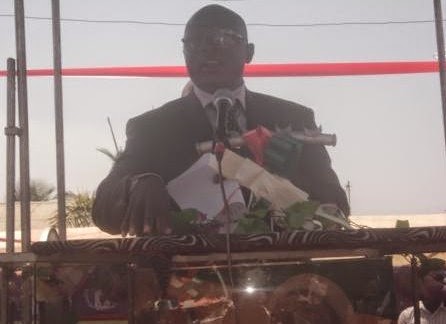 Following a controversial statement by the Kaduna chapter of Christian Association of Nigeria, CAN,  led by Pastor Ayo Oritsejafor; ENDS set out to verify the tympanic membrane-pleasing headline of Muslim and Christian unity and brotherly support in the nation’s oft beleaguered north.

Global media had publicized that Muslim youths volunteered to guard some Churches in Kaduna state the past Christmas.

Upon investigation and through contacting Mr. Ibrahim Mohammad, a Kaduna-based reporter with an online news media, News Rescue, we were able to solidly confirm that brave and altruistic northern Muslim youths, about 200 in number, did indeed guard Churches including the Christ Evangelical Church, Gbaghi Villa S/Tasha Kaduna of Pastor Yohanna Buru, inset.
Some of the Muslims in the spirit of tolerance and unity even joined the Christian faithful to pray in the Church this Christmas. 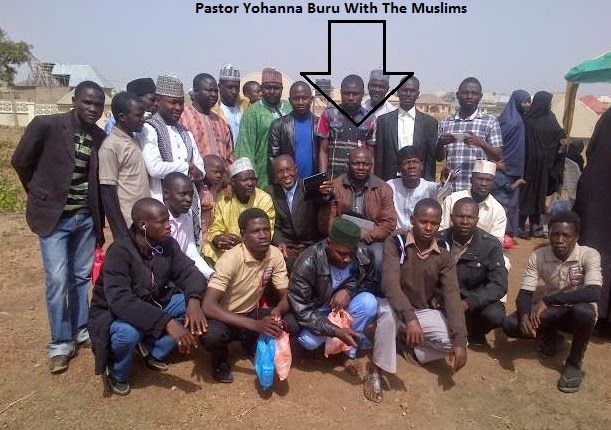 Pastor Buru had said, "I really appreciate their love and care… the essence of that was to protect the Christian worshippers as part of effort to strengthen peaceful co-existence between Muslims and Christians in the state.” [BibleInc]

Further saying, “We are happy to have them in our church to come and worship with us at the same time offer us protection. I am delighted with the development. We call you here not as guests, but as brothers and neighbours.

“We urge Muslims and Christians to reconcile and forgive one another before the re-emergence of the awaited saviours.”

Pastor Yohanna Buru is well established and globally renowned for his religious tolerance, charity actions and compassion for humanity. He ought to be emulated.

Dr. Shu’aibu Musa, responding, extended a goodwill message of the Islamic Movement in Nigeria to the Christian faithful at Christmas, and called for more collaboration to rid the society of religious extremism.

Nigerians must be urged to desist from unguarded utterances and actions that help to pursue the divisive agenda of the Boko Haram terrorists, hate, power cringing politicians and other enemies of Nigeria. There has been just too much blood-shed in Nigeria and all thoughts and benevolent actions that can foster peace, tolerance and understanding in the society should be fanatically sought for and supported.

It has been a regular occurrence for Muslim and Christian youth as part of and along with the Civilian-JTF in Borno state to always guard Churches and Mosques from Boko Haram. We confirmed that this past Christmas teams of these youth started guarding Churches in Borno three days ahead of the Christmas and New Year’s to prevent terrorists form planting bombs ahead of the festivals.

Rather than divide Nigerians, the heavily sponsored actions of the power-loving politicians who thrive on disunity and strife as a tool to consolidate ethnic and religious based support is being shamed by God. Nigeria is seeing more inter-religious and ethnic peace, less riots and less enmity than ever before in the nation’s history.

Luke 9:49-50 "...we saw one casting out devils in thy name; and we forbade him, because he followeth not with us. And Jesus said unto him, Forbid him not: for he that is not against us is for us."

Quran 5:8: O ye who believe! stand out firmly for Allah, as witnesses to fair dealing, and let not the hatred of others to you make you swerve to wrong and depart from justice. Be just: that is next to piety: and fear Allah. For Allah is well-acquainted with all that ye do.

This 2015, We Wish Peace and Harmony To Nigerians!