So Christ Embassy worshippers are mad that they paid N1k for their New Year crossover service? 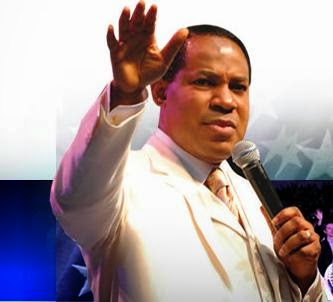 Like he's been doing for the last few years, since 2010 I think, pastor Chris Oyakhilome of Christ Embassy made his followers pay N1,000 each as gate fee to attend the Church's New Year Crossover service which held at their Ikeja church HQ on Dec. 31st, 2014. The ones who could afford to buy the gate pass were allowed in, the ones who couldn't were asked to go back. Now, some of them are mad.

In 2013, the church said the reason they did this was to reduce the number of people who come for the annual service, because the venue couldn't handle the thousands that showed up, many or whom were not even members of the church. So, it was their own way of controlling the crowd.

So the HQ sitting capacity is about 20k, and let's say half of the crowd paid N1k each, that would be about N10m for the church from just gate fee. Some say it's extortion, that no church should ever ask for money for members to attend, some say they understand why the church would insist on this. What do you think? Is crowd control a reasonable excuse to collect gate fee at a church?
Posted by femmyoju at 22:22