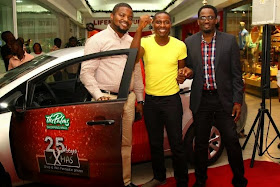 This festive season will always be a memorable one for shoppers at The Palms shopping malls across the country as they were rewarded big time in The Palms 25 Days to Christmas promo which came to an end on the 24th of December with the grand finale draw at The Palms Shopping Mall Lekki.

It was an awesome event with The Palms Shopping Mall putting smiles on their customer’s faces by fulfilling their promise of appreciating numerous customers for shopping with them especially during this 25 Days to Christmas promo.
According to the head of Marketing Palms Shopping Mall, Mr.Tunji Folayan who explained the process of picking winners. “ It certainly has been a very exciting period for shoppers of The Palms Shopping Mall all over the country this December as loads of prizes have been won since the start of it's 25 days to Christmas promo.” Daily goodie bags worth N100,000 were won everyday, weekend bundle prizes worth N200,000 were also won at the weekends and at the last week of the promo final draw winners emerged from The Palms Shopping Malls in Ibadan, Ilorin and Enugu who were flown to Lagos to contest for the grand prize of a Kia Rio with the Lagos final draw winner.”

He further stated that, “We at The Palms Shopping Mall are truly excited at having our customers pleasantly surprised with this promo and again, it is our way of saying thank you to our customers in a special way because we believe they deserve to have their wishes come true this season and  is proud to have brought smiles to the faces of Nigerians this yuletide season.

Chukwuma Emekume a student who was the final draw winner from Enugu emerged as winner of the grand prize; a Kia Rio.  Head of Marketing The Palms Shopping Mall, Mr.Tunji Folayan and Chief Operations Officer Broll, Mr. Daniel Eze  presented the keys to Chukwuma Emekume. Chukwuma who could not contain his happiness and excitement thanked The Palms for making this season a Joyous one for him and one he would not forget anytime soon.

2nd and 3rd place winners also went away with loads of fantastic prizes and most winners at the draw were excited on their win and expressed their joy to The Palms Shopping Mall for creating the 25 Days to Christmas promo as a way of rewarding its customers.

Check out pictures of winners and watch the Grand finale draw below; 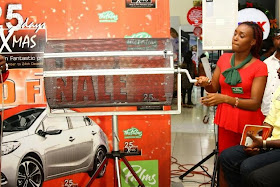 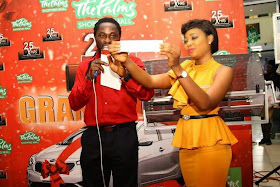 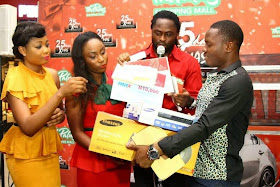 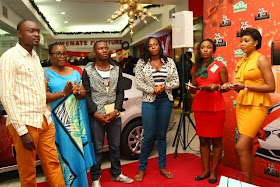 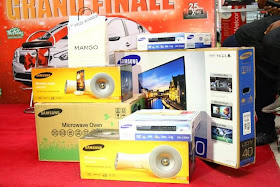 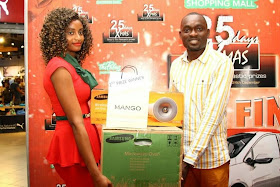 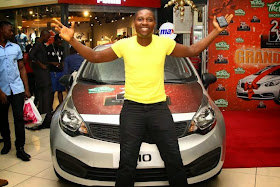 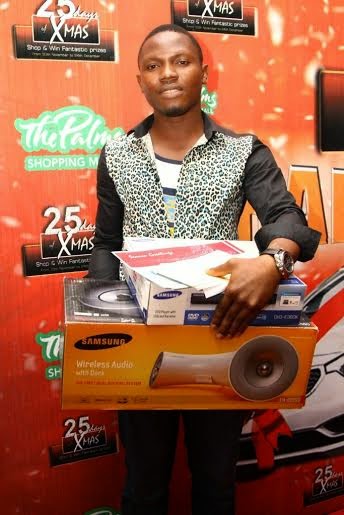 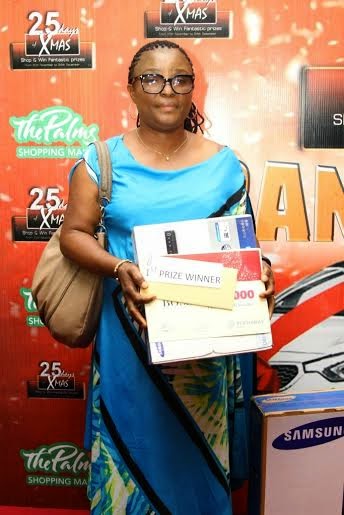